A Farewell Letter from Former FMC Board President, Bernadine Prince 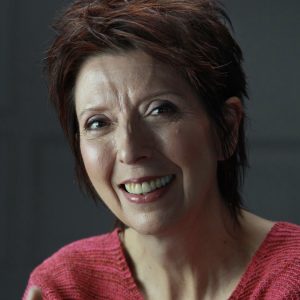 A Farewell Letter
from Former FMC Board President, Bernadine Prince

As I step down as president of the board of the Famers Market Coalition (FMC), I have reflected on the growth of FMC and the importance of its work on behalf of farmers markets and direct market farmers.

In 2008, I was introduced to the Farmers Market Coalition when I was invited to attend a two-day conference in Baltimore, M.D. that was convened by USDA’s Agriculture Marketing Services to bring together leaders in the farmers market movement from all across the United States. As one of the founders of FRESHFARM Markets in Washington, D.C., I was already aware of the critical role that farmers markets play in supporting the farmers and communities that rely on these markets to be economically viable. Having started a farmers market in 1997, I had seen people who had never met or talked to farmers became regular weekly market shoppers when the food and flowers they bought were grown farmers they came to know, trust and care about.

When I was asked to serve as a board member of FMC in 2008, I had the honor of serving with several of the FMC founders as well as Stacy Miller, FMC’s first executive director. In 2011, when I was tapped to be president of FMC, I oversaw the transition to a new executive director, Jennifer Cheek, who was hired the following year. I was also part of the FMC team of board and staff that worked together to build resources for the farmers market field, to offer assistance to farmers market managers all across the country, and to be an advocate at the national level for policies that strengthened farmers markets and the people—farmers and consumers—that the markets served.

Over the past seven years, I have seen the power of partnerships as FMC staff and board members have worked with the National Sustainable Agriculture Coalition, with state farmers markets associations and with leaders in the sustainable food movement to advocate for appropriations in the federal Farm Bill that would benefit farmers markets and direct market farmers. FMC has worked with USDA’s staff at AMS, FNS, and NIFA on the Farmers Market Promotion Program (FMPP), Food Insecurity Nutrition Incentive (FINI) Grant Program and the SNAP EBT Equipment Program.

FMC has also successfully managed grants received under USDA’s Agriculture & Food Research Initiatives (AFRI) Program to create a package of legal resources for farmers markets (in partnership with the University of Vermont) and to research and develop a set of market success indicators that can be used by any farmers market (in partnership with the University of Wisconsin). Thanks to a talented staff, FMC has participated in regional and national conferences, expanded its membership and resource library tools, led training webinars and helped market managers get free SNAP equipment to use at their markets.

FMC board members who volunteer their time to serve on the board are drawn from farmers markets all across the country and bring a broad diversity of talent and energy to FMC’s programs and advocacy work. FMC’s policy leader was Gus Schumacher who was an inspiration to all of us in the farmers market movement and whose passing this Fall has motivated us to continue the work he cared for so much—making sure that fresh, healthy food is accessible and affordable to people of all income levels and that SNAP, WIC, Senior Farmers Market Nutrition programs, Veggie Prescription programs and matching incentive programs like Washington, DC’s Produce Plus Program helps those in need to buy healthy and nutritious food at farmers markets every week.

Although this will be my last term on the FMC Board, I am not leaving the farmers market movement and I will continue to be a member of FMC. My husband and I have “retired” to be first generation farmers in Delaware. This market season we sold organically grown vegetables and flowers from our Blue Skies Farm at a local farmers market and through a local CSA. Being on the other side of the market table has given me an even deeper appreciation for the work of FMC.

For those of you who are FMC staff and board members, thank for working with me over the years. For those you who are FMC members, keep up your good work with your farmers markets and your market programs that make a difference to the future of America’s farmers and to the health of people in your communities who benefit from locally grown, delicious and nutritious food.

Bernadine Prince for has served on the Farmers Market Coalition (FMC) Board of Directors for nearly 10 years, serving six of those years as President. FMC has flourished under her leadership, gratefully benefitting from her experience and expertise as a co-founder and director of DC’s incredible FRESHFARM Markets. Since retiring from FRESHFARM in the fall of 2015, Bernie has been transitioning to life as a full-time farmer in Delaware. She has decided to step down as FMC Board President, to focus on the demands of her exciting new role in the fields. While no longer President, Bernie will continue to serve as a Board member through early 2018, when her term expires. We’re immensely grateful for her dedication to FMC, and look forward to purchasing her fresh grown produce at Delaware-area farmers markets.

Copper Alvarez has graciously stepped up into the role of FMC Board President, effective until the new Board is elected in early 2018. Copper has been with the Big River Economic and Agricultural Development Alliance (BREADA) since 2002, serving as Executive Director since 2003. BREADA is a statewide non-profit organization building a healthy and strong local food system through a network of public markets. Learn more about Copper’s background and experience here. Replacing Copper in the role of Vice President is Hugo Mogollon, Executive Director of Community Foodworks in D.C. Hugo has 22 years of experience working for nonprofit organizations covering a range of issues from food systems to sustainability to biodiversity conservation. Learn more about his background and experience here.