The second critical amendment, Senator Cowan’s #1116, asks for an additional increase in Senior Farmers Market Nutrition Program funding. Cowan’s amendment authorizes (not appropriates) up to $10 million more for the program, should funds be available. In 2011, SFMNP provided much needed fresh fruits and vegetables to more than 863,000 low-income seniors in 42 states, 7 tribal nations, the District of Columbia, and Puerto Rico. Each year, SFMNP receives far more applicants than it can serve. As more and more seniors face decreased pensions and other financial challenges, robust funding for this program is national responsibility.

The Senate will continue Farm Bill discussions this week, so there’s still time to voice your support for these two important amendments. FMC will be sending out action alerts with your legislators’ contact info as both the Senate and House make decisions regarding the next five years of food policy. Thank you to those of you who called your Senators last week!

Also, check out the National Sustainable Agriculture Coalition’s process diagram to see where we are in the road to a 2013 Farm Bill. We have a long way to go, and FMC is working to ensure that your voice is heard every step of the way. 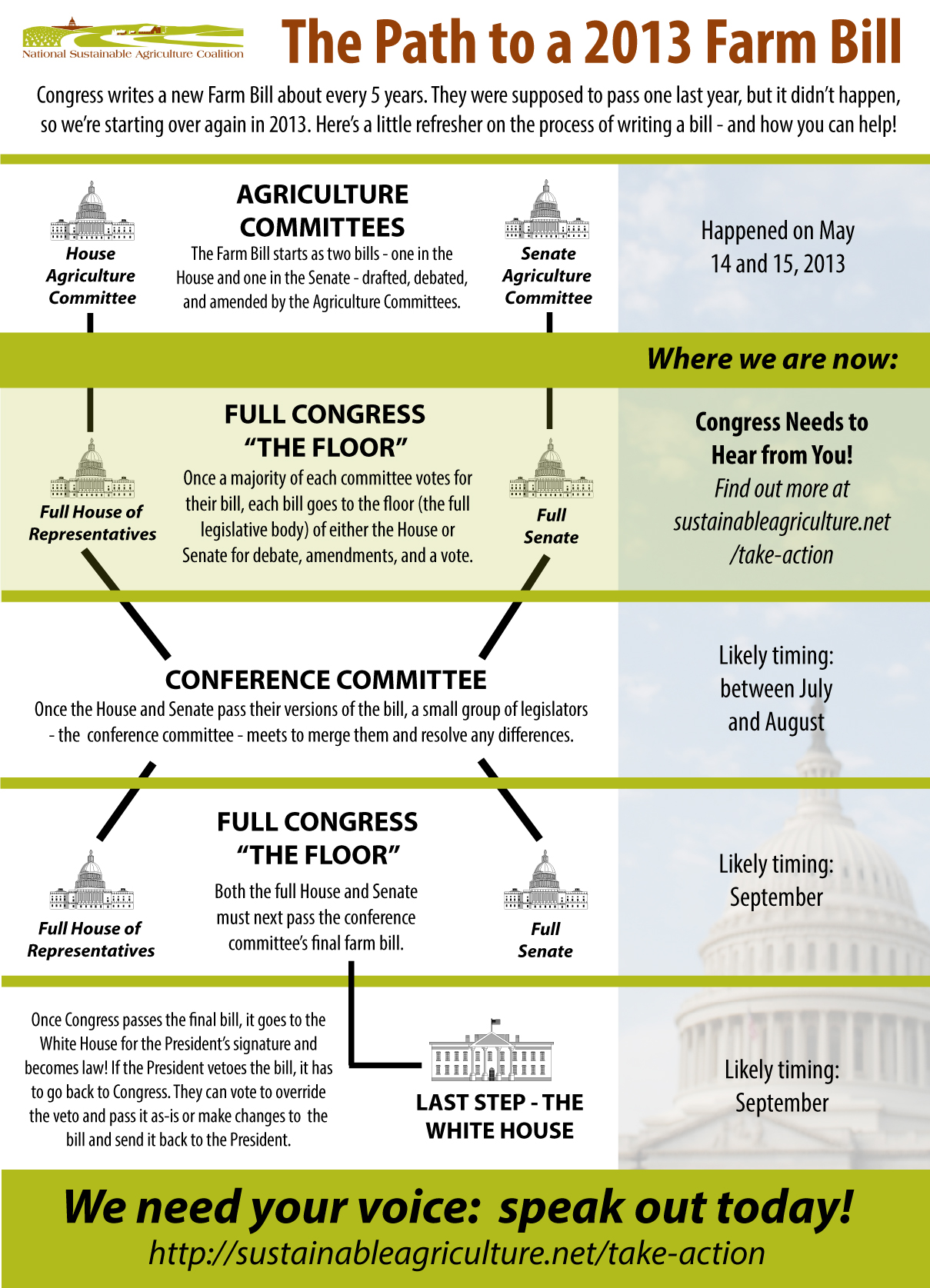