In the middle of July, I flew to Denver to attend the second annual Slow Food Nations event. Advocates, funders, farmers, food writers, and organizers were all in attendance over the two days of events held in and around Larimer Square in the LoDo District, near to Boulder County Farmers Market’s gorgeous Union Station Farmers Market. 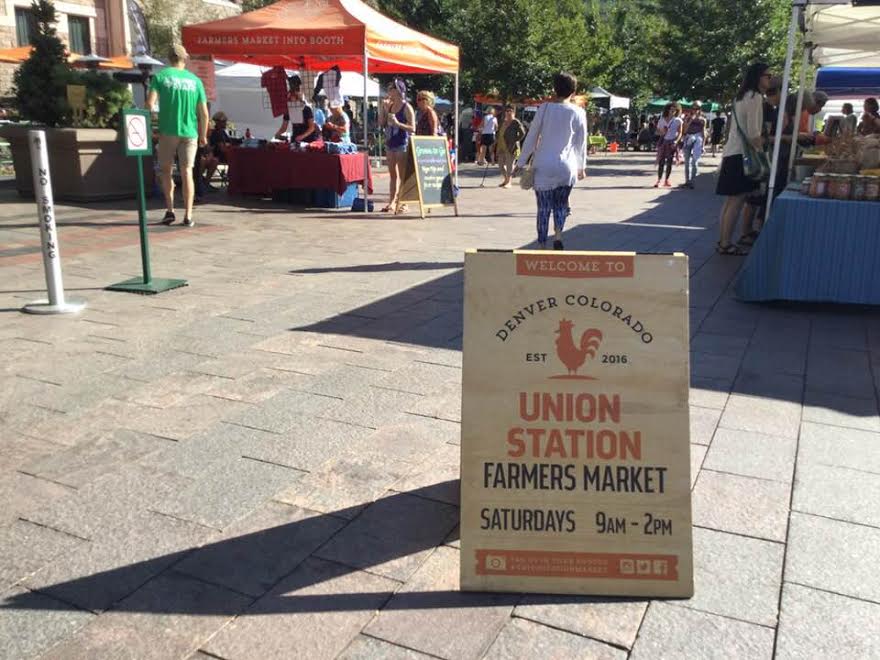 In attending, we hoped to share FMC’s program work, including the Farmers Market Legal Toolkit, with a wide selection of food advocates and to test out a new outreach activity for our Farmers Market Metrics program: asking attendees to choose a single metric that they would like to see data about at their favorite market. By involving food system leaders and market advocates in market-led data collection, we can show that collaboration is key to building a successful data program.

Those participating took the choice seriously, thumbing through the laminated choices until they found the one that was most interesting and even asking questions about how the market would collect the data needed. Once selected, they wrote the market name on the top of the “widget” and posed!

Here are just a few examples of the accommodating folks choosing a Farmers Market Metrics graphic with their market choice written on top: 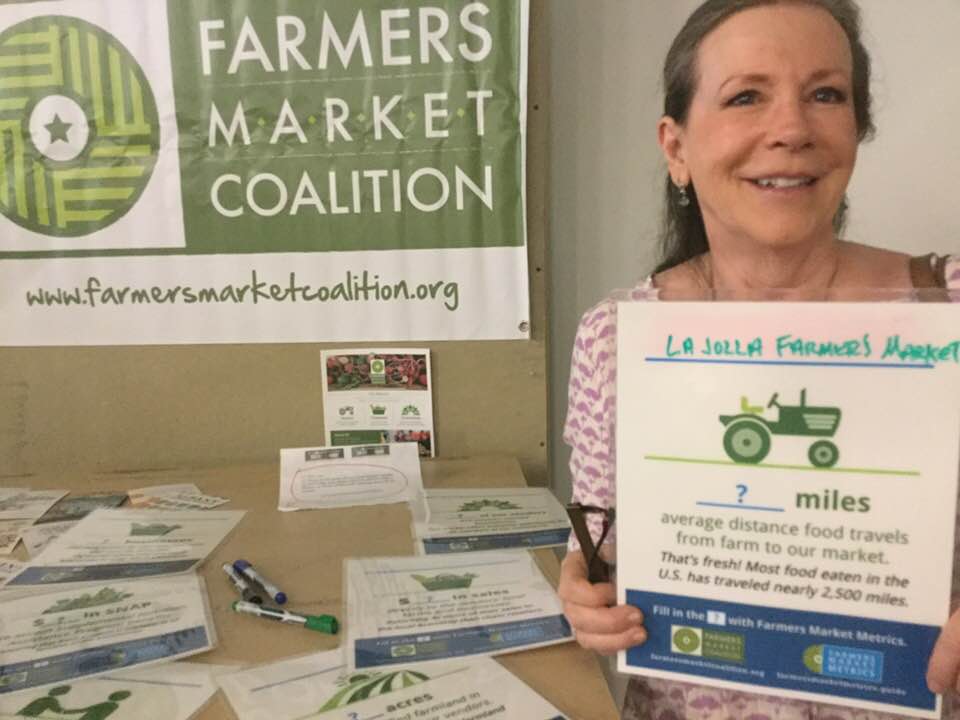 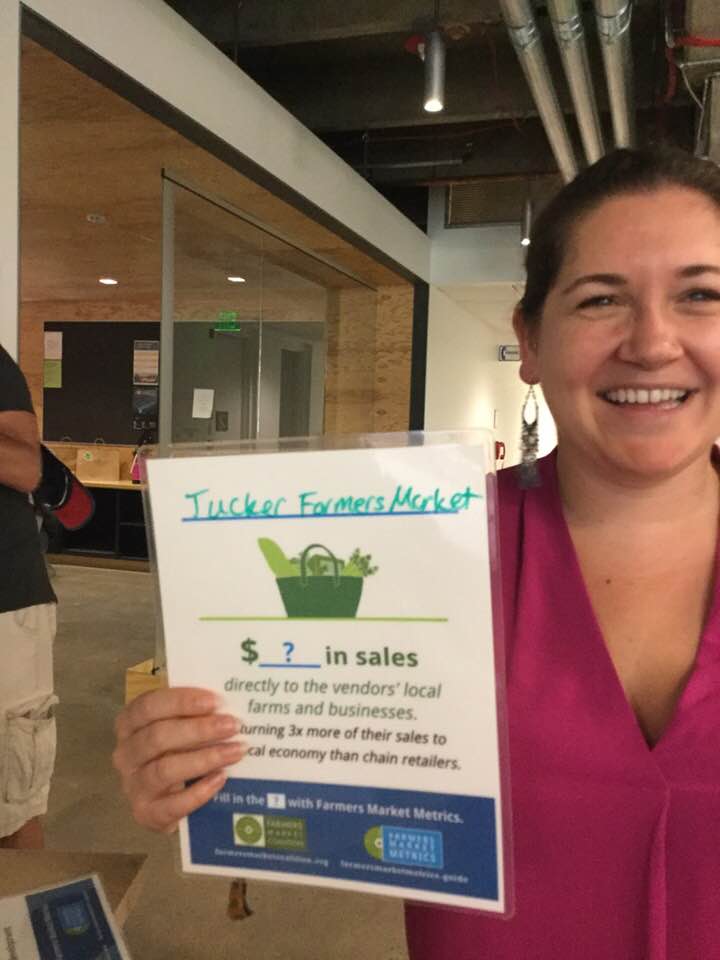 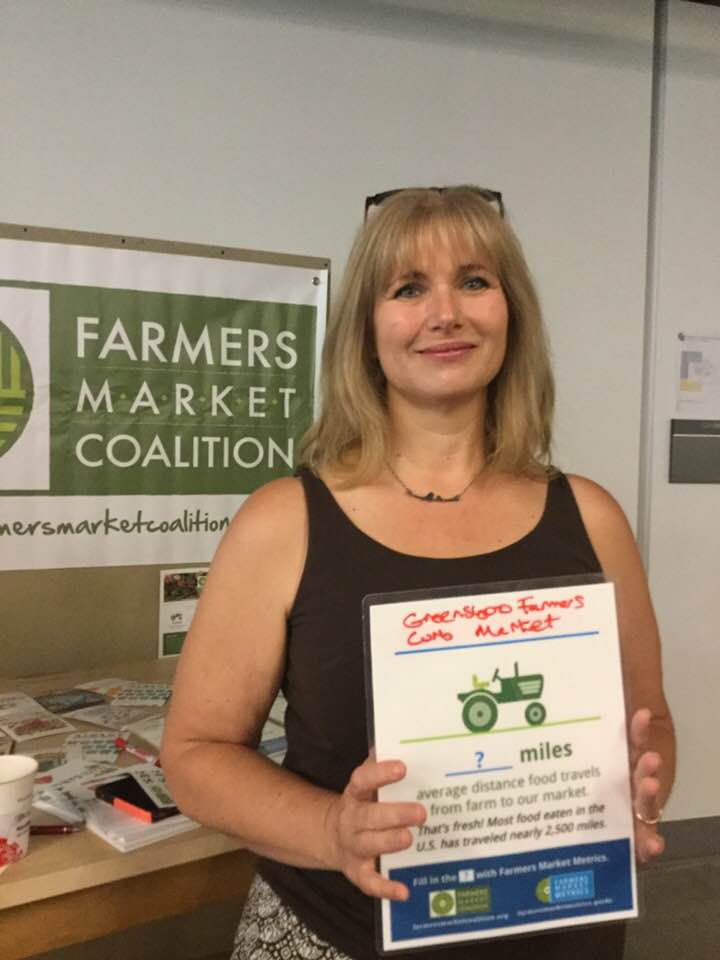 This year’s gathering was more focused at Larimer Square than the inaugural event in 2017. Food waste, the future of farming, and the resilience of food systems were the key subjects at this year’s workshops, but organizers left plenty of room for other topics including an excellent panel on the #MeToo movement in food work, and a lineup of open-to-the-public cooking demonstrations and book signings. The day before the festival began, a Slow Food Leadership Summit was held at Johnson & Wales Culinary School highlighted by the thought-provoking panel, which included Raj Patel’s response to the question of inclusion (found in the video with around 41 minutes left). 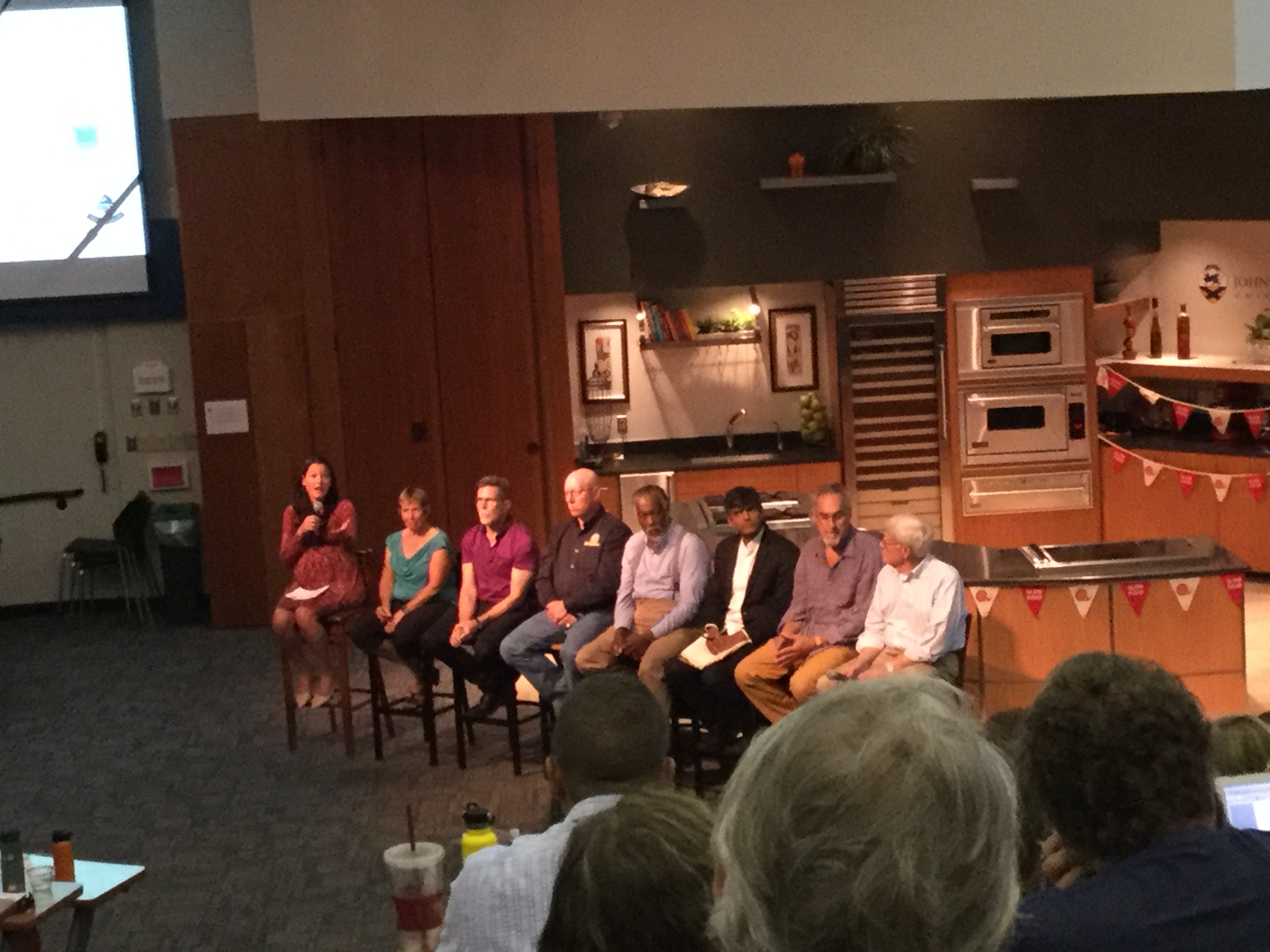 The panel of The Future of the Food Movement was hosted by Deb Eschmeyer, and featured the opinions of Ann Cooper, Rick Bayless, Jeff Tripician, Raj Patel,  Ben Burkett, Woody Tasch and John Ikerd. 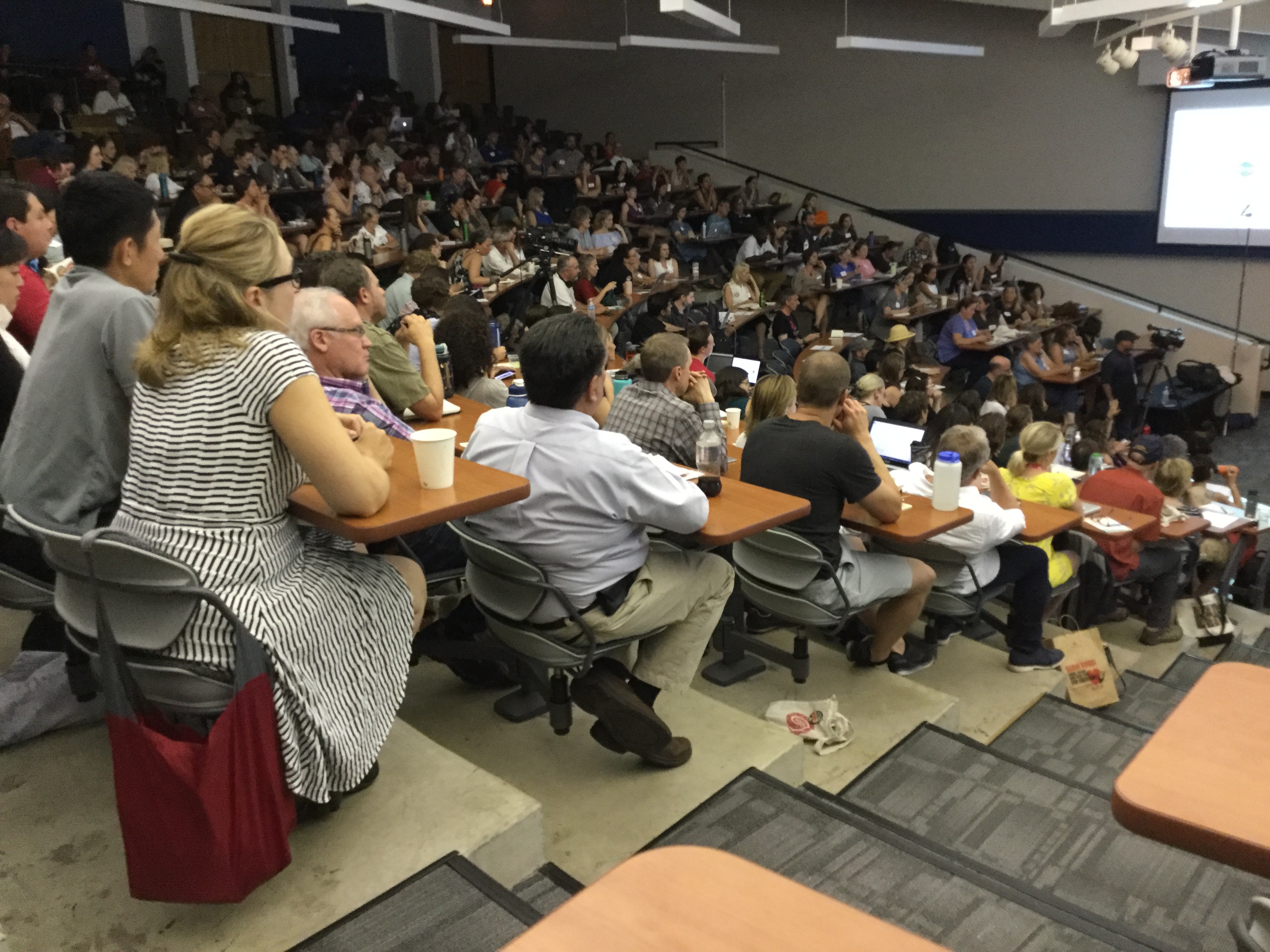 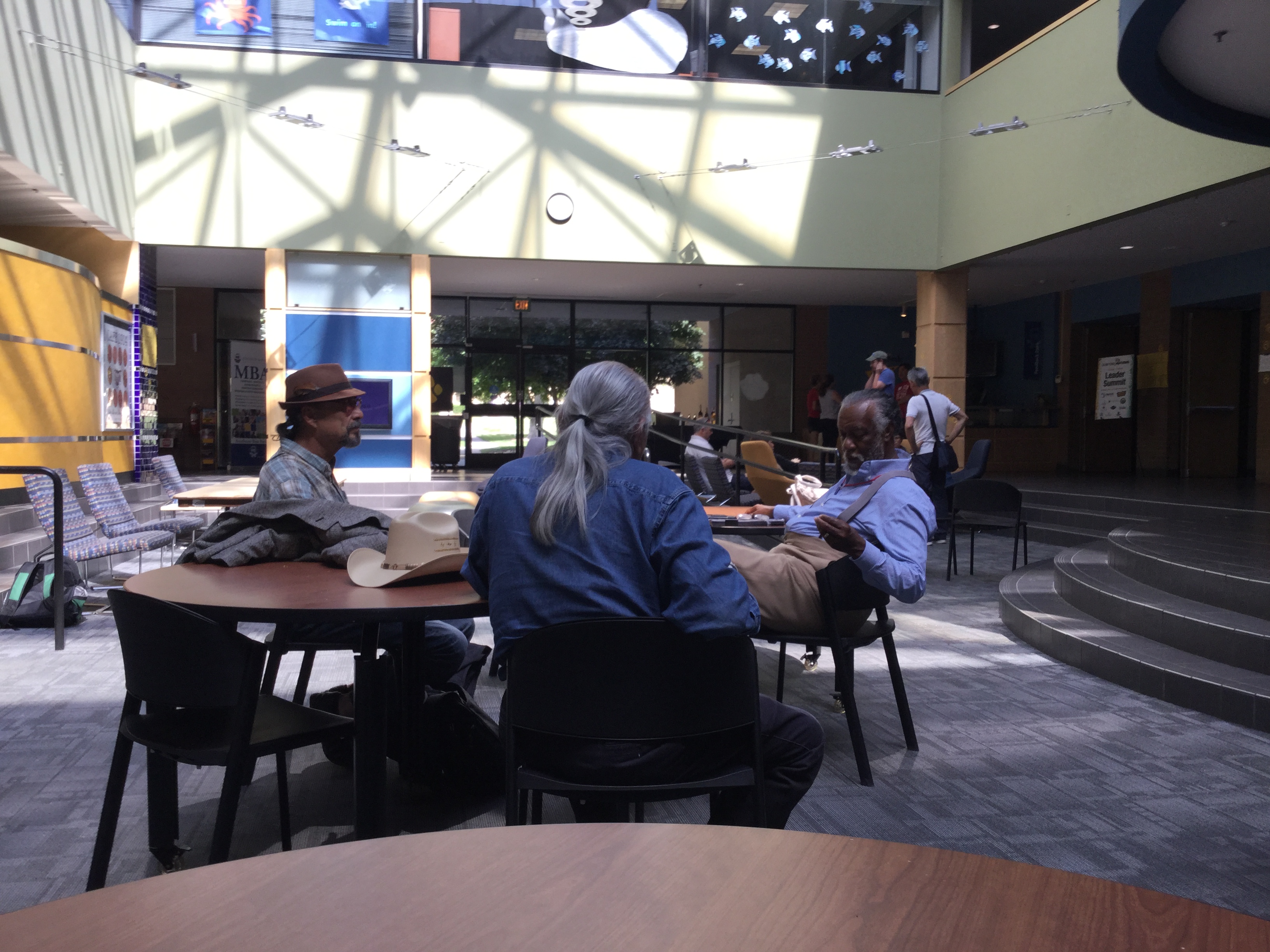 There was also time for quiet discussions among peers, like this group featuring my pal Mississippi farmer Ben Burkett  discussing farmer issues including equipment and seeds.

As food system leaders, involving ourselves in those conversations that don’t necessarily center around market day problems and that do involve global issues and worldwide solutions can open up our thinking. When that happens, our work once again contains a multitude of possibilities and connections, which for me, is the true sweet spot for market organizers.

I hope to see you there next year.