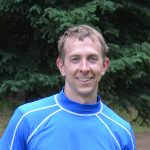 Diagnosed in 2008 with Celiac disease, Paleo Magazine’s founder Cain Credicott immediately took on a strict gluten-free diet, with the goal of healing his damaged gut. After months of frustration at not feeling better, he tried everything, including a gluten-free vegan diet. This resulted in more gut issues, a “soft” physique (bye-bye muscle mass, hello body fat) and more often than not, a serious lack of energy.

Fast forward a couple of years post-diagnosis, and Cain stumbled upon some information online explaining this thing called “the Paleo diet.”  It didn’t take long for him to try it, and immediately start feeling better, gain muscle mass and almost eliminate his gut issues. This return to good health was so exciting, it inspired him to create Paleo Magazine, with the goal of helping spread the word about the Paleo lifestyle to as many people as possible.

You can now find Paleo Magazine in major retail locations such as Barnes & Noble and Whole Foods stores across the US, with subscribers in more than 35 countries around the world!

What do you love about farmers markets?

“What’s not to love about your local farmers market? It’s outside in the fresh air, you have an opportunity to visit with friends as well as build relationships with those that are growing amazing food, you have access to amazingly fresh, locally grown food, and you are helping to support your local economy.”