Counterfeit Money at Our Markets

There are many reasons we chose to sell our products at farmers markets. Some of these may include helping the public understand where there food comes from and who produces it. Another might be to capture more of the “food dollar” to keep our farms viable so the last thing we might be expecting is for someone at our markets to hand us a counterfeit bill.

Recently I received an email from a market manager who told me that their market was hit for about $600 in counterfeit $100 dollar bills. I proceeded to get the word out to as many contacts as I have so other markets in the region would be aware. What I got back surprised me. I heard from managers and vendors throughout the mid-Atlantic and the Northeast that this has happened to their markets. So, what are we to do? 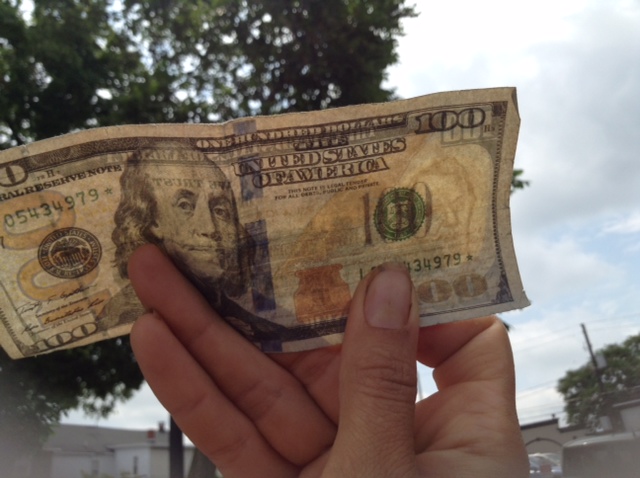 Markets are very busy places and we do our best to take care of the customer as fast as we can so how are we supposed to do that AND check the money they hand us to make sure the currency is legitimate? Farmers markets are also supposed to build community so there is also a level of trust that is broken when something like this occurs. How can we as a community use that trust to strengthen our markets and prevent these types of incidents from occurring? 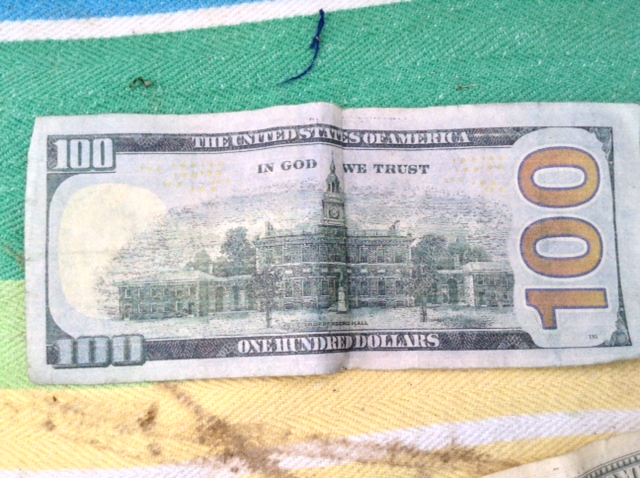 The market manager who contacted me said that the counterfeit bills that the vendors received were bleached five dollar bills that were reprinted to look like one hundred dollar bills so the water marks were intact and they could pass the pen test so it was very difficult for a vendor to detect even if they were being vigilant. The U.S. Secret Service is the agency responsible for investigating counterfeit currency. The following is from the U.S. Secret Services’ website www.secretservice.gov on some things you can look for when receiving paper currency.

How To Detect Counterfeit Money

The public has a role in maintaining the integrity of U.S. currency. You can help guard against the threat from counterfeiters by becoming more familiar with United States currency. Look at the money you receive. Compare a suspect note with a genuine note of the same denomination and series, paying attention to the quality of printing and paper characteristics. Look for differences, not similarities.

The genuine portrait appears lifelike and stands out distinctly from the background. The counterfeit portrait is usually lifeless and flat. Details merge into the background which is often too dark or mottled.

On a genuine bill, the saw-tooth points of the Federal Reserve and Treasury seals are clear, distinct, and sharp. The counterfeit seals may have uneven, blunt, or broken saw-tooth points.

The fine lines in the border of a genuine bill are clear and unbroken. On the counterfeit, the lines in the outer margin and scrollwork may be blurred and indistinct.

Genuine currency paper has tiny red and blue fibers embedded throughout. Often counterfeiters try to simulate these fibers by printing tiny red and blue lines on their paper. Close inspection reveals, however, that on the counterfeit note the lines are printed on the surface, not embedded in the paper. It is illegal to reproduce the distinctive paper used in the manufacturing of United States currency.

Since markets usually have a focus on community, perhaps we can have a discussion as a community on how we can prevent incidents like this from occurring. Some markets have local banks as sponsors. What role can they play in helping to protect the market? What about the local law enforcement? Can we train our volunteers to help vendors with checking the money they are receiving? What message can we send that lets anyone who comes to the market know that there is zero tolerance for this type of activity?

This is perhaps a larger problem that could be affecting the surrounding small businesses and not just the market so it will take more than just the managers and vendors to prevent these types of incidents.