By Gus Schumacher | Founding Board Member of Wholesome Wave, former Commissioner of Food and Agriculture in Massachusetts, and former USDA Undersecretary of Farm and Foreign Agriculture Services | gus@wholesomewave.org 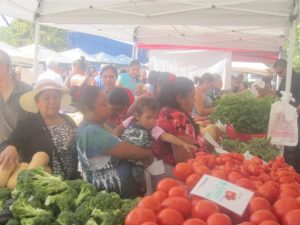 In 2005, John Hyde and his wife Louise Swartzwalder saw the sales of their baked goods at Maryland’s popular Takoma Park Farmers Market continue to prosper.

Founded in 1979, the Takoma Park Farmers Market was in the right spot at the right time, with young professional families flocking to the market on Sunday mornings. The market was located at the center of their small city, just north of the growing job market in the District of Columbia.

But as their Takoma Kitchen market stand’s sales blossomed and the new WIC and Senior Farmers Market Nutrition Programs were rolled out by USDA in 2007, John and Louise noticed how few families of modest means took advantage of these new USDA nutrition programs at Takoma.

John had also seen the thousands of new Hispanic, Asian, and African American families also settle in the northern neighborhoods of Takoma Park, renting affordable apartments and working in kitchens, in landscaping, and as janitors. Their neighborhoods, though, were too distant to walk to the Sunday Takoma Park Farmers Market to purchase fairly expensive fruits and vegetables.

Recognizing this access gap to fresh, just picked, but unaffordable local fruits and vegetables, John and Louise said “why don’t we organize a mid-week farmers market where our new neighbors live, and where they can easily walk from their apartments with their children to purchase just picked produce and fresh food.” The site they picked was at the intersection of two major highways, and thus they decided to name the new farmers market—Crossroads.

As they contemplated in 2006 how to organize, and especially how to fund the start up of their Crossroads Farmers Market, they learned of a new farmers market grant program administered by Steve Davies of the Project for Public Spaces (PPS) in New York. His nonprofit had just won major support from the Kellogg and Ford Foundations to re-grant funds to farmers markets. These W.K. Kellogg and Ford Foundations grants funded PPS to explore ways to enable farmers markets in lower-income neighborhoods and communities to be economically viable. These grants would enable then local farmers markets to increase their capacity to serve low-income communities.

Working with Steve Davies at PPS, and with support from Kellogg’s Oran Hesterman, John Hyde and his colleagues at their then embryonic Crossroads Farmers Market applied –and to their surprise–received a grant of $60,000 in late 2006. This timely grant helped defray the start up costs and first year promotion and management for the opening of the Crossroads Farmers Market in the early summer of 2007.

John Hyde and PPS’s Steve Davies were keen to promote Crossroads’ new accessibility to lower income neighbors for fresh healthy produce. Both also stressed in their early work, the importance of affordability with many families eligible for USDA WIC and Senior Farmers Market Nutrition vouchers. To further promote their vision of affordability and accessibility, John Hyde and his team developed a unique Fresh Checks program enabling the doubling of these WIC and Senior vouchers, generating hundreds of shoppers at the market in its first year.

Crossroads innovative Fresh Checks was not a completely new idea. In 2005, at a few markets in the South Bronx and Harlem, a program called Health Bucks started: when someone spent $10 of SNAP benefits, they received an additional $4 coupons to buy more local produce. In 2006, another PPS grantee in Lynn, MA used a $500 donation to do something similar.

But it was in 2007, at Crossroads, where the idea bloomed into a form that really caught on. They also encouraged their funders at PPS and the Ford Foundation to highlight the Crossroads vision, and the opportunities these small grants provided, to senior officials at USDA headquarters. 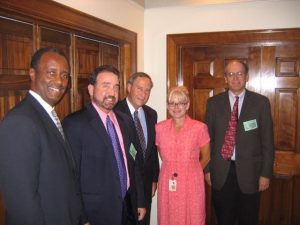 John Hyde also realized that many of his shoppers also had SNAP (food stamp) EBT cards. But as monthly SNAP benefits were modest, shoppers were reluctant to use them at Crossroads, especially for healthy produce. Crossroads needed more customers if it was going to survive. To encourage SNAP use for fresh fruits and vegetables among his neighbors, Hyde and a colleague approached the National Watermelon Association in 2007 for a $5,000 grant to defray the costs of SNAP use at Crossroads, but only if families purchased healthy, now affordable and accessible, just picked fruits and vegetables.

After a series of critical discussions with regional USDA Food and Nutrition Service staff, Hyde received permission (2) for a “one season, one market, report driven “waiver” for SNAP incentives at Crossroads, but only for the purchase of fresh, locally grown fruits and vegetables from farmers at the Crossroads market. This 2007 waiver was the first such “permission” issued by USDA for any SNAP incentive.

Over the subsequent decade, USDA was pleased with the early impact at Crossroads which was closely monitored by FNS staff in nearby Washington DC. Later, they provided a series of waivers.

Steve Davies reported that in the first 2007 year of the program that “Over $7,500 was spent in Fresh Checks at the market, increasing each farmer’s income and providing fresh fruits and vegetables to families in need”. 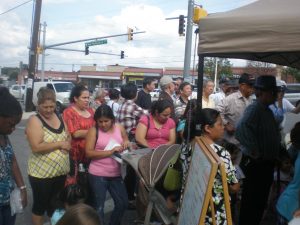 In 2008 and subsequent years, the success of the Fresh Checks program attracted support from Wholesome Wave and the Wallace Genetic Foundation.  In 2017, a decade after John Hyde succeeded in obtaining his waiver for doubling SNAP EBT food stamps at Crossroads, his successors applied for a USDA FINI grant to continue future funding through 2020 for fruit and vegetable incentives at Crossroads. Christie Balch, Crossroads Community Food Network’s executive director, and her colleagues are hopeful that their application will be approved—a legacy for the vision of Hyde in 2007. 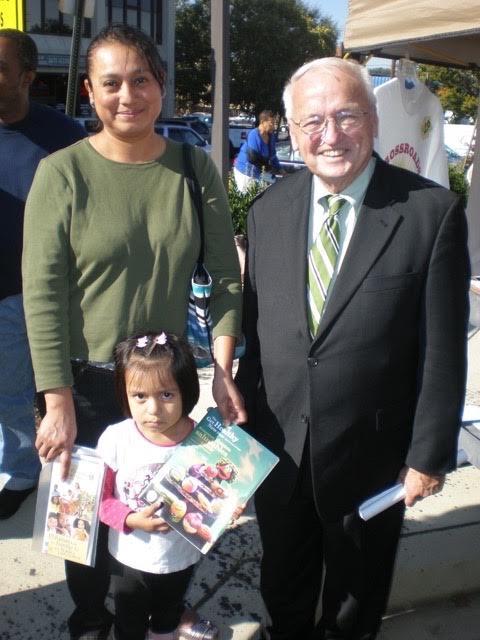 His radio report highlighted the early history of Crossroads, John Hyde’s role in organizing both the market and the early SNAP incentives with USDA waivers, and the subsequent success of the market. His report received national attention. 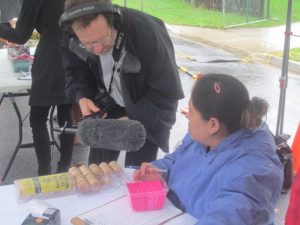 Sadly John Hyde died suddenly before he saw the full flowering of his innovative work, and the long-term impact of PPS and the National Watermelon Association’s seminal 2007 $5,000 grant.

But colleagues Michelle Dudley, Christie Balch and their Crossroads Board of Directors quickly picked up Hyde’s mantle. They relocated and redesigned the market with design support from USDA’s Farmers Market architect Fidel Delgado.  With this new location and design, they added additional vendors, many from the immigrant community.

Seeing the interest from the community in developing entrepreneurial, value-added food businesses, but also seeing the lack of health department approved “food incubator” commercial kitchen space, Crossroads Board Chair Lorig Charkoudian and her team raised funding to upgrade a nearby commercial kitchen at the Takoma Park Presbyterian Church into a food incubator that met Montgomery County health code standards.

Many of these new, Hispanic and African American entrepreneurs plan to sell their value added products at Crossroads, neighboring farmers markets and at the local Takoma Park Silver Spring Food Co-op (3). Coincidentally, the daughter of one of John Hyde’s employees at their Takoma Kitchen’s bakery is an applicant for an entrepreneurial spot at the new kitchen.

But without the 2005 vision of John Hyde to create the Crossroads Farmers Market in an underserved neighborhood with funding from PPS in 2006, and then in 2007 convincing USDA to issue a SNAP EBT food stamp waiver for healthy affordable access, some 13,000 low income families, would not have received $411,000 in Fresh Checks by 2017 benefiting Crossroads market vendors, 75% of whom were immigrants farmers and vendors.

Twelve years later, without Hyde’s vision, would the ability for thousands of farmers markets in poor neighborhoods that now provide access to affordable, local fresh fruits and vegetables have come to pass?