“If it weren’t for the rise of farmers markets, a lot of these small farms would simply not exist.” Rebecca Landis, market director for the Corvallis-Albany Farmers’ Markets.

“We were working hard to protect the region’s farmland but realized that without a new generation of farmers and stronger local food systems, there would be no one to work the land, protected or not.” Noelle Ferdon, Director of Local Food Systems, Northern California Regional Land Trust 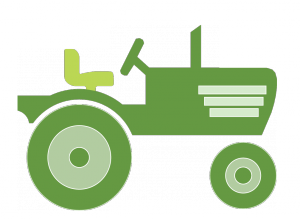