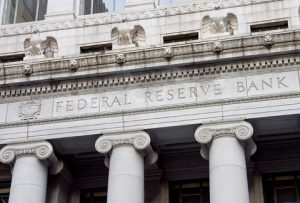 The U.S. Federal Reserve Board of Governors, the Federal Reserve Bank of St. Louis, and the USDA, recently released a landmark study, Harvesting Opportunity The Power of Regional Food System Investments to Transform Communities. The book-length report  documents the sustained growth of the local-food sector, which is projected to increase to more than $20 billion by 2019. In the coming weeks, FMC will share highlights from the report along with analysis on how farmers markets can capitalize on the growth of regional food systems.

As the President and Congress shift to addressing the nation’s creaking infrastructure, we challenge them to bring America’s food infrastructure into the 21st century.

According to a recent report by the Federal Reserve, the local food systems is projected to maintain its steady growth rate in the coming decade. However, access to the type of “patient” capital needed to finance long-term investments like infrastructure, processing facilities and new farms, remains a challenge to the sector. Infrastructure isn’t cheap. According to projections by Fresh Source Capital, and cited in the Fed’s report, “a $4.5 billion investment in the local supply chain through improved transport, processing and storage facilities is needed just to increase the consumption of locally produced food by 20 percent in the Northeast.” While that sounds like a whole lot of money, a 20% annual increase in sales translates to $380 million in additional revenue for the region’s farmers and every year. The benefits of this windfall will extend beyond the farm. Because local farmers also tend to buy and hire locally, the wealth generated by direct-to-consumer sales stays in local economies longer. One recent study discovered that, “for every dollar of sales, direct marketers are generating twice as much economic activity within the region, as compared to producers who are not involved in direct marketing.”

According to Lisa Benson of the American Farm Bureau, who contributed to the Federal Reserve’s report, there are approximately 135 food incubators, also known as kitchen incubators, in the United States. In her chapter Bringing Businesses to Life through Competitions, Incubators and Accelerators, Benson highlights both the opportunities and costs associated with food processing infrastructure. “Food incubators have many of the same characteristics as farm incubators—they help entrepreneurs create viable food businesses. For entrepreneurs starting out, however, creating a commercial kitchen from scratch can cost upward of $100,000.”

While “infrastructure improvement” conjures images of well-dressed people in suits and hard-hats breaking ground on new projects, improving America’s food infrastructure should first focus on enhancing and more efficiently using existing capacity. In their chapter “Use it or Lose-It Local Food, Regional Processing and the Perils of Unused Capacity,” Lauren Gwin and Nick McCann conclude that direct marketing farmers should view “Co-packing with existing processors [as] the goal—and tried in every possible way—before investing in a new facility. Many small meat processors have been built because from the producers’ point of view, existing facilities were too expensive, too far away and too busy during peak times of year. These are valid experiences that do affect a producer’s bottom line, and yet the new facilities often struggle and fail because of insufficient demand for their services; at the same time, the existing plants may still have to lay off skilled workers in the slow times of year.”