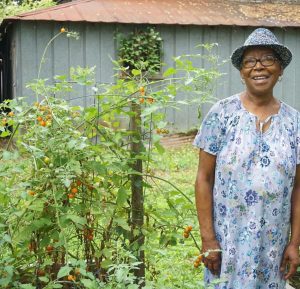 When Augusta, Georgia comes to mind or mention, there’s only a few prominent remarks that one could make. Perhaps one could call to mind its past- its industrial glory days boasting profitable cotton barges and textile factories. Or more likely, golf, a sport synonymous with Augusta. It’s unbelievable how the city’s population swells for a week every April, when businessmen and golf enthusiasts alike come in droves to watch The Masters Golf Tournament and mix business with pleasure.

One could also consider how the city is a medical mecca of sorts. Being home to Georgia’s most acclaimed medical district and boasting 6 hospitals, the Medical College of Georgia, the Dental College of Georgia, a nursing school, a social work school, and a highly competitive post-grad dietetic internship program, this is a notable topic.

Sitting within one square mile of these powerful institutions, I’m positive that the furthest thing from mention about Augusta, Georgia, is its Harrisburg neighborhood. Until recently that is. Harrisburg has been G.R.O.W.ing… or haven’t you heard?

As is common in modern-day instances, opposite greener grass sits great economic disparity. For Augusta, this disenfranchised and impoverished area is its Harrisburg neighborhood.

Harrisburg is a community of constant flux and stagnant existence, with 73% of residents renting on a month-month basis and 43% of houses vacant and often condemned. Harrisburg earned a 6 on the national crime index (a score of 100 as being safest). The neighborhood’s public elementary school earns scores a 1 on the national scale of 1-10. Finally, Harrisburg is a statistical food desert, having had its nearest grocery store close a few months ago and public transportation a ghost of help.

Poverty is at the root of it all. As rough as reality is in Harrisburg, poverty dually links the community together. There is so much potential to be had in Harrisburg. There is affordable housing, cultural diversity, walkability, a waterways location with great natural beauty, people hanging out on front porches and neighbor familiarity. For these 2,500 Harrisburgers, there is a culture of self-help demanded by basic survival. People share everything- and as it turns out, they share the same worry- illness.

In 2012, St. Luke United Methodist Church, a centrally located congregation, took to the streets to survey their residents. From their findings, illness was the number one reported worry- the ravaging effects of diabetes and weight gain, irritated bowels and anxiety, lethargy and depression, hypertension and heart disease – all of which directly relate to diet. Thus, became the Harrisburg Family Healthcare, a small but effective medical clinic created by the church. In the same year, enthusiastic church members phoned Kim Hines, manager of Augusta Locally Grown, a (301) (c)3 non-profit running a few local area farmers markets. They posed her a challenge to bring to Harrisburg an accessible and affordable farmers market, and in doing so, unknowingly beckoned a catalyst of many good-food initiatives. These initiatives all live under one roof, G.R.O.W. Harrisburg, standing for Growing ouR Own Wellness.

For the past five years, the neighborhood has been host to what some have called community organizing, urban advocacy, health equity, integrated neighborhood transformation. Marsha Jones, a St. Luke’s partner, calls it “Radical Hospitality”. Regardless of term or designation, Harrisburg’s worry is being addressed in a variety of ways. The initiatives that have taken root in Harrisburg include the Veggie Park Farmers Market, tons of home gardening, a Fruit and Veggie Prescription Program, Icebox Urban Farm, community gardens, Sibley Soilworks, micro-business incubation, and local food events.

The Veggie Park Farmers Market began in G.R.O.W. Harrisburg’s early days. Affectionately referred to as the “most feel good farmers market in Augusta”, it is the city’s only open-air market that doubles SNAP, thanks to Wholesome Wave GA. It took a while to gain popularity but now is decidedly social. Overtime, half of the markets vendors have emerged from within the community, a feat directly related to the more than 200 raised beds installed at people’s homes and churches throughout the neighborhood. Nutritional education and free samples were key to getting Harrisburgers to switch out junk food for produce like zucchini and peppers. The farmers market also incubates leadership skills for candidates within the community, and several community members are employed by the market via small stipends. Take for instance, Judy Stocker. She receives a stipend as a gardening mentor- going from home to home to help neighbors grow better, and cooks meals for the Westabou Montessori School.

Since 2014, 101 families have been enrolled in the health clinic’s Fruit & Vegetable Prescription Program, made possible through Wholesome Wave GA partnership. Participating families receive free wooden tokens to purchase fruit and vegetables from farmers at the market every week for 6 months. The program is under rigorous scientific study and participants are encouraged to attend free cooking classes. 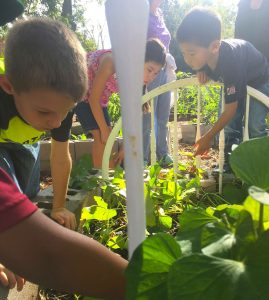 A real G.R.O.W. Harrisburg love-child is Icebox Urban Farm. On one of the neighborhood’s central blocks sits three contiguous city lots. In 2015, Steve Fountain and Tasha Alison of Icebox Ministries, a (501) (c)3 non-profit with a mission to make communities more sustainable and productive, acquired two of the lots with the third donated. Icebox Urban Farm is an initiative that best embodies Harrisburg and the vision and determination required to see it through to its potential. Two years ago, the houses were beat, blistered, and trash ridden. The lawns had gone wild with lack of supervision and the century-old greenhouse, once a florist’s friend, was but a dirty shell. Thanks to hundreds of generous hearts and hands, the property is a far cry from its bare bones, untended, former self. Creativity and passion pour from the place- from fairy tale themed garden beds, painted murals, and spaces that incubate learning. Now Icebox Urban Farm is a functional teaching kitchen, teaching garden, and a temporary host to the Westabou Montessori School (which has recently gained international recognition) and other community events and classes.

Micro-businesses are growing like weeds, too. Several community members have turned their interests into profit through the market. Zenobia Posley recently started a bakery business at the market and Chef LaDonna Doleman will soon be paid to teach workshops about cooking African heritage meals with seasonal produce. Robert Sims will be teaching urban farming classes this fall. Local Chef Megan Alig has invested in a vacant Harrisburg building to house her established catering business, and in doing so, has already created jobs for others in the neighborhood. A decidedly social community, local food events are the cherry on top, such as a healthy foods Halloween gathering and a 100 person, elegant farm-to-table dinner on a main street.

Central to GROW Harrisburg and its initiatives is the belief that everyone involved is a changemaker, a mover and a shaker. “GROW Harrisburg efforts are not hierarchical and not centralized. There’s no one in charge of the whole thing,” explains Kim Hines. “If you want to grow blueberries in your background and sell them at the neighborhood farmers market, you’re in. If you want to teach parents how to cook vegetables in a way that teenagers will eat them, you’re in.  If you want to start a whole new school, set in the middle of the neighborhood on an urban farm, you’re definitely in! This type of inclusion is messy by design, frustrating to potential funders, and confusing to city officials. But the design is intentional, and the priority is clear: good food for all.”

It must be said that Harrisburg has always had heart. The love and appreciation that flow, regardless of neighborhood lines or distinction, is palpable and edible. By addressing one of the most intimate levels of our existence- the intrinsic vulnerability tied to humanity, you’ll hear whispers in what was presumed silence, and magical possibilities for growth – both in soil and soul.