Founded in the early 1800’s, the Nashville Farmers’ Market (NFM) has long been important to local shoppers and regional farmers and food producers. This year, the market adopted a new producer-only policy to further benefit local producers and elevate the quality of the market.

According to NFM, the market “was founded as a producer-only market where you could find fresh, unique items not easily found in other retail outlets and environments.” However, for the past twenty years, market vendors have primarily offered widely commercially-available, sometimes resold, items. Many shoppers assumed that all the products were locally or regionally grown and that they were buying from a farmer, even when their purchases – like avocados or pineapples – could not have possibly been grown near Tennessee. 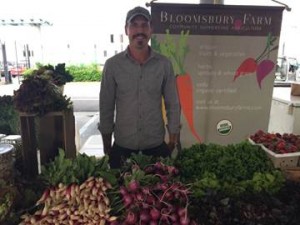 With a set of new producer-only policies, NFM is returning to practices more consistent with how and why the market was founded. Vendors must now sell products they made themselves, whether it is produce, processed food, or arts and crafts. Produce vendors must display signs showing where their food was grown. Now, NFM shoppers should rightfully be able to trust they are buying local or regional food directly from the people who produced it.

This is a difficult transition for any market to make, and the Nashville Farmers’ Market is no exception. Tasha Kennard, Executive Director of NFM, says “We’ve trained our customers to not understand seasonality and…so there has been confusion when shoppers arrive….”

The elimination of resellers also poses several challenges. There are fewer vendors during non-peak season, surprising many loyal customers. For example, according to The Tennessean, there were only two produce vendors at the market on Mothers’ Day. This has also reduced the amount of rent, or vendor fees, the market can collect. 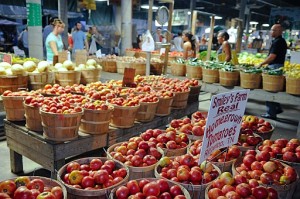 However, this year’s peak season will likely be NFM’s best in recent history.  There will be over four times as many farmers selling at the market than in 2014 and twice as many crafters and food artisans. With the increase in vendor numbers and peak-season stall fees of $50 per Saturday and $25 every other day, Kennard says that the market “will more than make up for the lost [non-peak season] rent.”

Kennard also has advice for markets considering transitioning toward producer-only.

“Understand your community food shed, research (we did a lot of research…), survey your community and merchants, implement the transition with a plan to support merchants that will no longer be permitted…, host public meetings prior to implementation (we did, but would do more neighborhood meetings if I could rewind the clock), expect the unexpected.  Be patient, the transition will not happen overnight.”

When asked about the most essential policies the market has introduced to make the market producer-only, Kennard emailed FMC:

“We revised our application and created a timeline for accepting, reviewing, approving.  The application was based on several applications we sought from producer only markets and documents we found on [the Farmers Market Coalition’s] resource tab.  Our new standards require our merchants to grow, raise, catch, make, bake or process it.  We also allow merchants to sell collectively, but the collective group must also meet the standards.  In terms of our flea market, we require that the products meet our international/global themed standards.  Standards are outlined on our website.  We developed the standards through research from other markets, again using [FMC’s] website resources and documents provided by Pikes Place and other farmers markets.

We created and are implementing a farm and product review process (again using resources from other markets – specifically Pikes Place and [FMC’s] website).

We created a merchant grievance system so that vendors can help us keep everyone in line with the policy.

Per our board’s request for the policies, we presented everything in public board meetings, invited all merchants to attend, had our board review and approve it and hosted a mandatory merchant meeting immediately following.  We also set up a three month schedule for merchant one on one meetings to ensure they understood and could plan for the transition.

We timed our transition process to begin in time for growers to prepare for this peak season.” 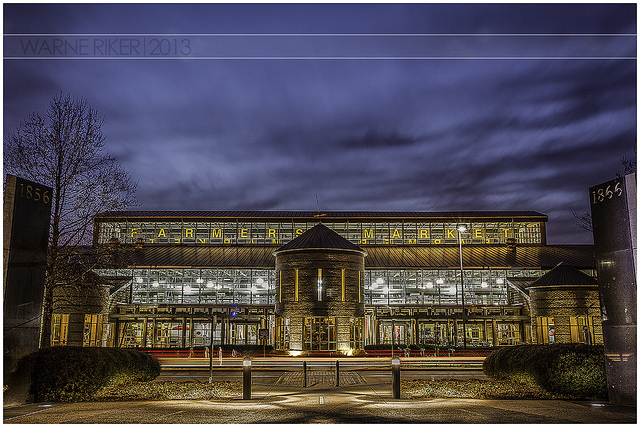 You can read more about the Nashville Farmers’ Market’s transition at: