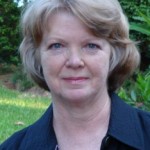 Vice President, FMC Board of Directors

Ms. Alvarez has been with the Big River Economic and Agricultural Development Alliance (BREADA) since 2002, serving as Executive Director since 2003. BREADA is a statewide non-profit organization building a healthy & strong local food system through a network of public markets. BREADA operates a weekday public market in downtown Baton Rouge, Main Street Market and three locations of Red Stick Farmers Market.

Alvarez is currently a member of the Louisiana Sustainable Local Food Policy Council and served on the Louisiana Food Access Summit inaugural committee in 2012. She was a member of the Louisiana Senate’s 2009 ‘Healthy Retail Study Group’ that proposed legislation to encourage increased access to fresh produce in underserved rural and urban communities. Her background in nonprofit work includes administration, event planning, marketing, and fundraising. Before joining BREADA, she served as an organizational consultant for Downtown Development District, the Arts Council of Greater Baton Rouge, and Plan Baton Rouge. Previously, Ms.Alvarez was Project Director for Serve! Mid City, an AmericCorps program. She served as vice president of a family-owned wholesale florist business in Mississippi where she served on the Mississippi Florists Association Board. She grew up spending summers on a family farm near Memphis, Tennessee.

Ms. Alvarez is a 2008 recipient of the John W. Barton Excellence in Nonprofit Management award and currently serves as a sustaining advisor for the Junior League of Baton Rouge. Learn more about the Big River Economic and Agricultural Development Alliance.