The Real Deal: FMC Partners on Pilot Project to Explore Definitions of “Local” 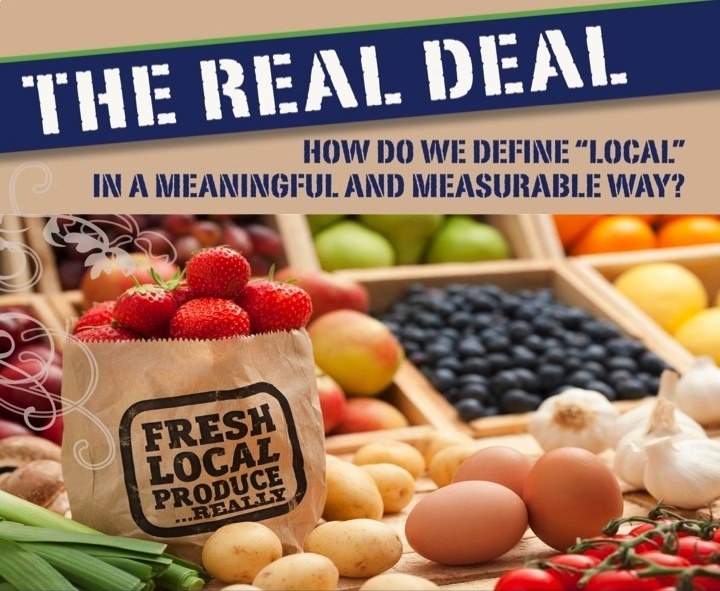 These days, local food is no longer small potatoes.  A recent survey conducted by the National Restaurant Association identifies ‘Locally sourced meats and seafood’ and ‘Locally grown produce’ as the top two food trends, respectively, for restaurants in 2014. More and more grocery retailers proudly adhere “local” stickers to fresh produce and value-added products.  Yet savvier shoppers observe that some restaurants, retailers, and even farmers markets use “local” branding with less transparency and clarity than others. A January article in the Pittsburgh Post-Gazette cites a number of restaurants that some feel are “coasting because diners assume farm-to-table-style restaurants are vigilantly practicing farm-to-table sourcing when they’re not, a practice known as greenwashing.”

Meanwhile, farmers markets cannot rely on customers assumptions about the origin of farm products, and are increasingly challenged to define, enforce, and communicate their unique definitions of “local” to their communities. Farmers markets have the opportunity to set high standards, contributing to the earnest expansion of sales opportunities for farmers and food entrepreneurs while staying competitive in a highly dynamic food retail landscape.  It’s when policies, enforcement procedures, or communications about standards fail that cracks emerge in the system, confusing customers and jeopardizing trust and transparency-  the very things people prize about buying from local farmers.

With funding from the Henry L. Hillman Foundation, FMC member Pennsylvania Association for Sustainable Agriculture (PASA) is collaborating with FMC and FoodRoutes Network on a new project called ‘The Real Deal’ to define, protect, and enhance the integrity of local food systems.  With a goal of supporting transparency in farmers markets, retailers, and restaurants, the project seeks to identify various indicators of ‘local’ and create tools that enable clear communication of these indicators to customers and the general public.

According to Brian Snyder, Executive Director of PASA, image and reality are increasingly at odds with larger food companies now jumping on the local food bandwagon. “If farmers and their allies are unable to concretely define and fulfill their promise of authenticity, safety, and sustainability, consumers will lose trust in local food.”

To launch this effort, PASA and FMC hosted a listening session/focus group on February 7th at PASA’s annual Farming for the Future Conference. More than 70 interested growers, market managers, and retailers filled a room to discuss what “local” means to them, and get input on ways to prevent consumer confusion in a marketplace full of competing claims about food origin.  For many in the group, local was about more than distance, but a proxy for transparency and accessibility, where a “local farm” is one who has economic influence on the surrounding community.  Some markets defined local as grown within 50 miles, while others used a radius as large as 300 miles.  Some growers themselves felt a strong sense that the term local should be quantified and defensible while others felt the term should stay liquid.

Among some of the indicators of “local” identified by the focus group were mileage, freshness (such as the number of days from harvest to purchase by the consumer), the total number of farms supported, total acres farmed, total pounds of local farm products sold, the degrees of separation from the farm to the consumer, and the level of communication between grower and consumer.  Some of these, clearly, are easier to measure than others.

This focus group represented only the first step in the research phase of “The Real Deal,” which will have three phases over the next year and half. This spring, FMC will conduct a review of existing farmers market product origin policies, surveying its members to inform the potential development of self-assessment tools to evaluate and inform consumers about food origin. Based on the data gained through this research, the project team will develop tools and resources like infographics to efficiently communicate to consumers regarding sources of their food.

While the development and outreach of this project will initially focus on western Pennsylvania, FMC’s role will lend a national lens, helping ensure broader feasibility for community use of tools designed to measure “localness.”  To learn more about the Real Deal project or get involved, please contact Stacy Miller at stacy@farmersmarketcoalition.org, or Leah Smith at leah@pasafarming.org.