Adding Incentives to Your Market 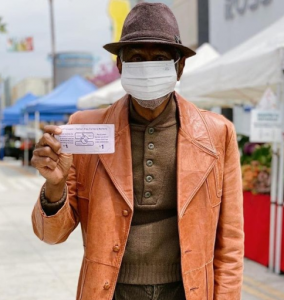 In a 2019 article for the American Journal of Health Promotion, researcher Dr. Darcy Freedman identified six factors correlated with the increased use of SNAP at farmers markets. Of these, by far the highest increase came from additional incentives. Freedman wrote that “weekly SNAP Sales at markets were 69.9% higher if two or more incentive programs were available versus only one.” Even so, many managers imagine that running multiple incentives will be arduous, or not worth the cost. In 2021, the Farmers Market Coalition has developed a number of new resources, including two practitioner papers, a roundtable discussion, and a conversation on Facebook Live (find links below). All these resources are aimed at helping managers assess the benefits and drawbacks of additional incentive programs, and imagine possibilities beyond SNAP.

So what exactly are “additional incentives”? We’re using the phrase to talk about any incentive program that doesn’t use SNAP as a basis for eligibility. We call them “additional” programs because SNAP is so often the incentive market managers and even funders think of first. To explore the possibilities outside of SNAP, we held an in-depth conversation among experts including Richard McCarthy of Think Like Pirates, Erin Molnar of Produce Perks Midwest, Amanda Osborne of the Ohio State University Extension, and Jackie Hammond-Williams, developer of the PoP Club. You can view our recorded round table discussion: “Additional Incentives for Farmers Markets,” in the FMC Resource Library.

In the newly published practitioner paper, “Beyond SNAP: Incentives for WIC Farmers Market Nutrition Program,” Erin Molnar and Amanda Osborne discuss their separate pilot programs for a WIC incentive. Each network developed their program in response to increased food insecurity and a drop in the number of shoppers eligible for SNAP in their communities. In their paper, Molnar and Osborne provide an overview of two WIC-based incentive program pilots with Countryside Food and Farms and OSUE respectively. Each network of farmers markets worked with local partners to create highly successful programs. They share their lessons learned about everything from marketing to data collection and offer tools to markets considering a WIC-incentive of their own.

Though we call these programs “additional,” it’s also important to remember that even markets that can’t yet accept SNAP can have incentive programs. As Brittany Steffey of Kentucky’s Community Farm Alliance noted at the 2021 Nutrition Incentive Hub Convening panel on capacity-building, to accept Senior Farmers Market Nutrition Program, “the market doesn’t need to accept SNAP, or have a machine, or necessarily even have a full-time staff member to run it, so it has a really low barrier to entry for markets.”  Especially for managers running operations in rural areas without access to broadband, paper vouchers make an incentive program possible even without EBT.

In fact, the possibilities for incentives at farmers markets are almost limitless. Examples include anything from other national programs like WIC and Senior Farmers Market Nutrition Program, to highly local programs created to respond to place and even time-specific needs. Consider the “Mariners Match” program from New Orleans’ Market Umbrella in the 1990s. This program was created after flooding led to a devastating brown shrimp season in Louisiana in 1995. Markets responded with an incentive for shoppers to purchase locally harvested seafood, allowing fishermen to receive a higher direct-to-consumer rate for their catch. The project was crisis-specific, but by meeting a temporary need in their community, Market Umbrella used additional incentives to forever broaden their vendor base.

Additional incentives can also help support capacity building in other ways. In FMC’s recent round table on additional incentives, Jackie Hammond-Williams talked about how the Power of Produce club grew out of her desire to take advantage of state funding by creating programming for kids. The positive effects of the Power of Produce program for her market in Oregon went well beyond that initial grant, however. Kids were introduced to new vegetables, farmers earned 10%-20% more from their purchases, and funders loved the program, pouring resources including both money and time into it year after year.

Finally, as Richard McCarthy notes in his work with FMC, incentives are built into the structure of farmers markets. In Richard’s practitioner paper “The Origins of Incentives: Incentivizing Behavior Change through the Farmers Market Model,” as well as his recent conversation on Facebook Live on the same topic, he talks about markets as fueled by incentives. We incentivize farmers to drive their produce to town, shoppers to connect with the growers of their food, and chefs to use the freshest local ingredients on their menus.

Incentives don’t need to be perennial or year-round to be effective. As Amanda Osborn noted in the “Additional Incentives” round table, “sometimes we’re afraid to run short programs…but you can have a program for one or two years that is wildly successful.” Additional incentives are a reflection of markets’ agility and innovation. They can be short term, temporary, seasonal, or perennial in response to your community’s needs.

As you consider the programs you’ll implement at your market throughout the coming season, we invite you to use FMCs new resources on additional incentives. By getting creative with short term programs, markets can expand their impacts in their community, fulfill aspects of their mission, and along the way, increase the use of SNAP from week to week.

To learn more about Additional Incentives, explore these new resources: