Update from NIFA Regarding GusNIP Request for Applications Language 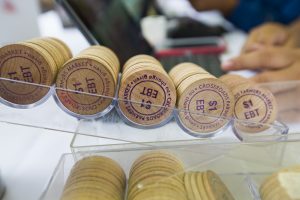 In response to feedback from Farmers Market Coalition and our partners, earlier this month USDA-National Institute of Food and Agriculture (NIFA) issued a revised Request For Applications (RFA) for the 2021 Gus Schumacher Nutrition Incentive Program. We greatly appreciate the attention of USDA as well as Members of Congress to this very significant issue.

The revised RFA addresses the main issue in the original RFA by making clear that programs in which participants earn incentives on SNAP purchases of any type of eligible food will be allowed as part of the current year grants. The specific language in question has been revised to state “GusNIP allows incentives to be earned when a consumer participating in SNAP purchases qualifying fruits and vegetables or a SNAP eligible food.” Unfortunately, the RFA does not allow for program design where incentives are earned exclusively on produce purchases and then redeemed for a SNAP purchase. This means that nutrition Incentives earned on any SNAP food can be spent on any SNAP food, including produce, but if they are earned with a produce specific incentive, they can only be spent on produce.

This change in language is important because without it, most farmers markets in the United States would have been unable to participate in GusNIP grants if incentives were only able to be redeemed on purchases of produce.

NIFA also extended the application deadline for GusNIP applications to April 15, 2021. The revised application can be found here.

Thank you to all of the FMC members and farmers market supporters who took the time to contact USDA and Congress about this change. Your engagement helped ensure that markets nationwide will be able to access funding for incentive programs.