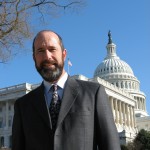 Gary Matteson knows agriculture first hand.  Until recently he was a small farmer operating a greenhouse business in Epsom, New Hampshire, and also raising beef for sale locally. In addition to having been an agricultural entrepreneur, he has served on the board of directors of his local Farm Credit Association, as well as several non-profit boards. Before leaving New Hampshire for Washington, DC, he was active in local government.  Matteson holds Bachelor’s Degrees in agronomy and biology from the University of Connecticut.

Matteson now works at the Farm Credit Council, the trade association for the nationwide Farm
Credit System.  He is an advocate for young, beginning, small, and minority farmer outreach programs. Matteson is responsible for spreading best practices for beginning farmer lending and training among Farm Credit Associations, such as providing training sessions in business leadership, governance, financial skills, and generating new program ideas to benefit beginning farmers. This includes work on emerging opportunities in local foods, sustainable agriculture, direct-to-consumer agriculture, and generational transition of farm businesses. In addition to working directly with farm groups, Matteson is active in policy related to new entrants to farming.  He now serves on the USDA Advisory Committee on Beginning Farmers and Ranchers.